The Moving Picture Show is an evening of cinema like no other. It combines the screening of classic silent films with a nine piece orchestra, playing authentic music of the silent picture era.

"The music, however, is only half of what these old movies need to bring them to life", says producer Jan Thorp. Other requirements included someone to produce sound effects which was used in all big film theatres as well as acts between the films and even sing a longs while the projectionist was changing films. And there has to be ads as there are today and an old piano to give the orchestra a rest. It all ended up very like a vaudeville show with film, which was exactly as it was... and what the Festival audience will experience to a great extent..

For the Festival, the show re-visits the Oz films of the early 1900s made by Oz author L Frank Baum himself. You are invited to come dressed up a la 1920s and have fun!

The very first glimpse of Oz on screen was in 1908. Author Frank Baum himself wrote, produced and financed a stage show entitled Fairylogue and Radio-Plays, which mixed a live lecture by him, a slide show, and brief silent film vignettes based on four of his books and featuring a cast of mostly children. The production failed, sent Baum bankrupt and made way for the Selig Polyscope Company, makers of the movie segments, to step in and produce four Oz short films without Baum's participation. Of these, only The Wonderful Wizard of Oz (1910) still exists.

By 1914, Baum moved to Hollywood and formed the Oz Film Manufacturing Company. He made The Patchwork Girl of Oz, The Magic Cloak of Oz (based on the non-Oz tale Queen Zixi of Ix) and His Majesty, The Scarecrow of Oz , all silents based on his works and with most impressive special effects for their time.

After Baum's death, his son Frank Jr teamed up with comic Larry Semon to put on screen 1925′s The Wizard of Oz. Once again straying from the original text, this version also starred Dorothy Dwan (who would eventually become Mrs. Semon) as a rather nubile Dorothy who is wooed by a pair of rival farmhands, played by Semon and a pre-Laurel Oliver Hardy. 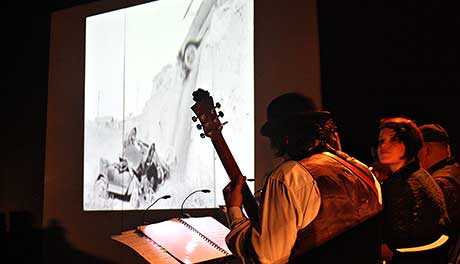 The Wizard of Oz Funland

The Wizard of Oz Funland is a unique, first-of-its-kind centre in Australia that was started:
- To provide a very interactive, vibrant, creative and fun indoor space that could engage the whole family at rates affordable to the larger community;
- To provide both performance & educational opportunities to local talent;
- To develop into a useful, moving community hub.

The Funland is home of The Wizard of Oz Show that has done over 3500 performances worldwide and was honoured with strong endorsements by the Baum family in America.

The Funland was set up by the Laul family as an extension of their work among the community. Apart from being a popular play and party centre, it has grown into a hive of local community participation with a large multicultural agenda. It proudly supports 24 Hour Fight Against Cancer.